The Directors of Rame Consulting Limited were appointed to act as Project Manager to Gazeley UK Limited for a 20 acre site in an established industrial location in Worksop. The development included undertaking pre purchase technical due diligence, allowing the client to discount the cost of known development risk from the site purchase price. The scope of works included the demolition of an existing manufacturing facility, limited ground remediation, ground improvement to allow for the use of conventional pad foundations, reprofiling of a large section of the site to produce a tiered car park; and the diversion of local HV network cables as well as the connection of utilities and drainage connections from off site locations. The building was developed as a single 300,000 sq.ft. speculatively developed building which was forward sold to a UK pension fund.

The development included a number of features to reduce the carbon footprint of the building in construction and in use.

The scheme included on site electrical generation using both wind turbine and roof mounted PV cells. Solar Thermal pre heating of water was incorporated in the specification as well as rainwater harvesting which was used for flushing of toilets.

The building fabric was designed and constructed to achieve very low air permeability in order to assist heat retention in winter, and to combat overheating in summer.

The terraced car parking areas and site boundary structural landscape zones were designed to enhance habitat opportunities when compared with the factory complex which it replaced.

The scheme was part of a wider portfolio development by Gazeley across the UK. 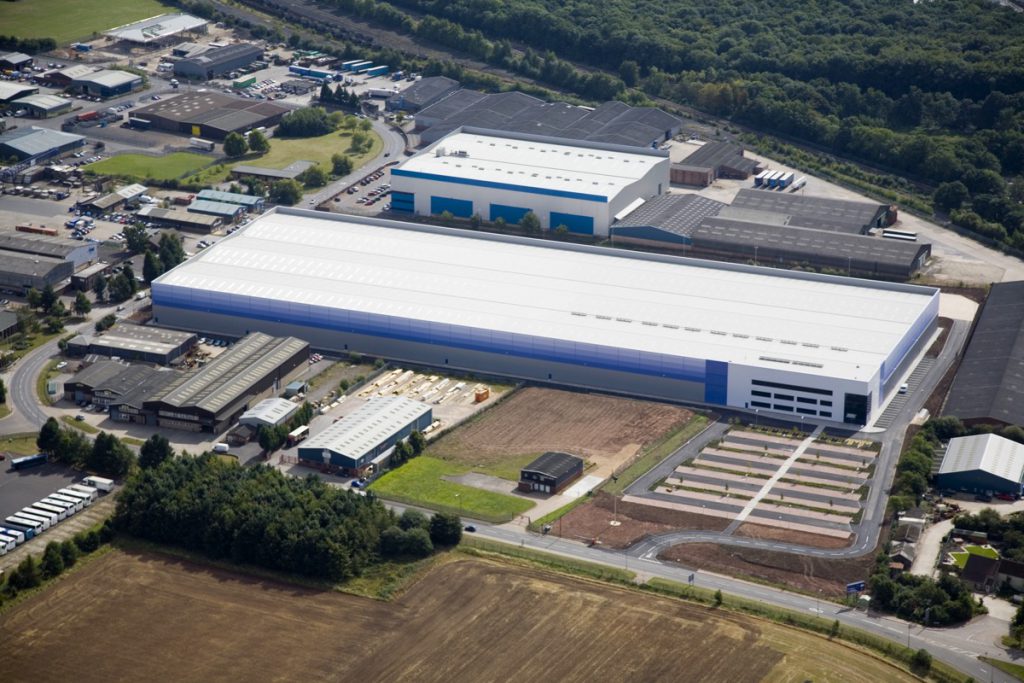 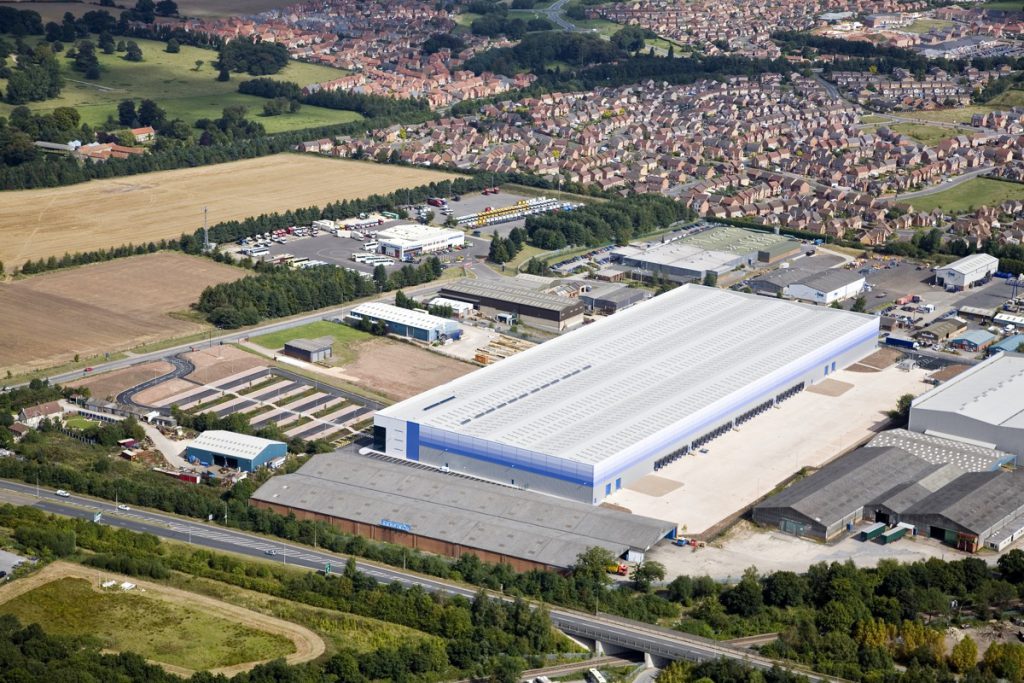